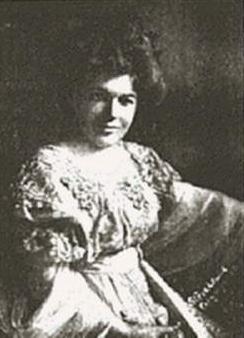 [The following was provided by Dr. Palo from his recent publication, Little Sayings of the Great Ella Wheeler Wilcox. Ms. Wilcox was instrumental in the establishment of the Rosicrucian movement in 20th Century America.]

Ella Wheeler Wilcox is one of America’s great writers.  Her prolific prose and poetry are a tour de force of optimism, of the triumph of hope over despair, of victory over failure, of good over evil, of kindness over selfishness.  She gave no quarter to negativity.  The harshness of life was but an opportunity to change lead into gold.  She was a transcendental alchemist.  We know the artistic works of Leonardo da Vinci led to his description as a master of chiaroscuro, i.e., the lay of light on darkness.  Ms. Wilcox was such an artist.  She did with her pen what he did with his brush.  She had a mastery of expressing with words the play of light and hope and creativity upon dreariness and hopelessness and destructiveness.  We have many good, more sophisticated writers.  However, Ms. Wilcox’s strength is her simplicity.  She had the knack of getting to the heart of the most complex of everyday human problems.  Then, she’d come up with the most simply worded and highly potent answers.  She’d do this in prose.  She’d do it with a poem.  For example, she appreciated the need for, and the beauty of, our diverse religious faiths.  However, she recognized the danger of adherents of any one faith considering their faith the only true one for all humanity.  Deftly, she steers her readers away from the dangers of divisiveness.  She simply stressed the basic core of all faiths when she wrote,

So many Gods, so many creeds,
So many paths that wind and wind,
When just the art of being kind
Is all this sad world needs.

Birth of a Writer

Ms. Wilcox believed in pre-natal influences.  She thought parents, especially mothers, by their thinking and ideals could attract to them infant soul personalities that would vibrate to those ideals and dreams.  Ella’s mother, Mrs. Wilcox, also believed this.  During her pregnancy, she said, "My child will be a girl and she will be a writer."  Then, for months before Ella’s birth, in 1850, she committed to memory many books of poetry.  Subsequently Mrs. Wheeler became a guiding influence upon her writer-to-be girl child.

Early on Mrs. Wheeler’s dream for Ella started to happen.  At age eight Ella wrote her first prose and rhyme.  Then, at age 14, she was published.  It was a piece of prose in the New York Mercury.  Interestingly enough, the same editor ridiculed her poems.  He told the great poet-to-be he "trusted that she would never again attempt a poetic expression."

The young Ella glorified in her first publication.  She became the pride of her school and neighborhood.  However, that pride was tempered by her ineptitude in mathematics at school.  She wrote, "One of the most depressing days in my life was when I stood twenty in a scale of one hundred in mathematics."

Before settling in Wisconsin with his bride, Ella’s father was a music, dancing and deportment teacher in Vermont.  In Wisconsin he failed as a farmer and as a businessman.  There were now three children, Ella, her brother and her sister.  Mr. Wheeler went back to teaching dancing.  Mrs. Wheeler, too, was forced to go out to work to make ends meet.

Through it all, Ella struggled on with her writing.  She found buyers for just a few of her poems.  While her parents could ill afford it, they did send her to Madison University.  However, she soon left school and concentrated on her writing.  It was not easy.  But, her optimism helped her through the most trying times.  There was one poem she sent to 10 editors.  Each one rejected it.  The 10th editor even attached this note, "This is a dead dog, better bury it."  However, luck was with her, and the 11th editor accepted the poem with a $75.00 payment.

Ella speaks of her hardships and drive to overcome.  She related,

From reincarnated sources and through prenatal causes I was born with unquenchable hope and unfaltering faith in God and guardian spirits.  I often wept myself to sleep after a day of disappointments and worries but woke in the morning singing aloud with the joy of life.

I always expected wonderful things to happen to me.

In some of my hardest days when everything went wrong with everybody at home and all my manuscripts came back for six weeks at a time without one acceptance, I recall looking out of my little north window upon the lonely road bordered with lonelier Lombardy poplars, and thinking, ‘Before night something beautiful will happen to change everything.’  There was so much I wanted.

…Once I read a sentence which became a life motto to me.  ‘If you haven’t what you like, try to like what you have.’  I bless the author for that phrase it was such a help to me.

As she persisted, her writings began to pay more and more.  Soon a dream was being realized.  She was making a living at writing.  And she persisted with her main thrust for writing.  She was bent on picking up humanity’s spirit with her pen.  The more she wrote the more she did it.  She had stated she’d feel her life was worthwhile if, after her death, someone’s spirit was raised through her writings.  She ever strove to raise her readers out of despair and back onto the creative road.  Her writings still do this.

Much of her optimistic strength came from her deep conviction about reincarnation.  She knew she’d lived before.  She felt every positive thought or ideal, if not manifested now, would flower even into our future incarnations.  She felt no positive thoughts were ever lost.  She thought that even our personal dark nights of the soul served as the breeding grounds for some of our deepest and most beautiful thoughts and ideals.

Over and over again she writes of the triumph of the human spirit.  She gave hope where there was despair.  She was the heart ever triumphant.  She was like the sun that always shines as our personal clouds have their moments and pass by.  It might be said her heart and pen were one.

On May 1, 1884 Ella was blessed with a fortunate happy marriage with Robert Wilcox.  He had a fine sense of humor and loved her and her work.  He was an inspiration to her.  Unhappily, in 1887 she gave birth to a son who lived but a few hours.  It all added to her growth and understanding.

They both loved to travel and did so extensively.  They met many great leaders like Luther Burbank, Robert Ingersoll, Jack London, Elbert Hubbard, H. Spencer Lewis and other world leaders both in the USA and abroad.  Ella was a talented musician.  She had trained her fine soprano voice.  And she took to playing the mandolin.  Wherever she traveled, that mandolin went with her.

She had a pact with Mr. Wilcox that they would keep in touch when either one died.  Mr. Wilcox died in 1916.  Ella was convinced the promise was kept.  One message was, "Brave one, keep up your courage.  Love is all there is.  I am with you always.  I await your arrival."

Frater Elbert Hubbard, one of the famous Roycrafter printers of fine books, printed Ella’s famous essay, "Lest We Forget," the story of Thomas Paine.  As Ella had a strong interest in mysticism, she, along with Frater Hubbard, H. Spencer Lewis, and J.K. Funk, president of Funk and Wagnalls Publishing Co., (publishers of the Literary Digest and the Standard College Dictionary), became interested in the birth of the Rosicrucian movement in America.  All four became officers of the Rosicrucian Research Society.  The society held monthly meetings from 1904 to 1909 in New York City.  As they were not chartered or authorized to use the name Rosicrucian [or equivalents as required purely under the Western esoteric tradition], they operated publicly as the New York Institute for Psychical Research.

Much thanks to the efforts of H. Spencer Lewis proper contacts and authorities to commence the Rosicrucian movement for the 20th Century in America were obtained.  In 1915 a Rosicrucian charter was granted with H. Spencer Lewis as Imperator.  Ella Wheeler Wilcox was appointed as a member of the first Supreme Council of the American Rosicrucian movement, and thus, she played an active role in establishing it.  She served as a Supreme Council officer until her death in 1919.